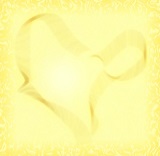 He is accompanied by his caregiver, Norberto Barrera, a middle-aged man he’s grown to appreciate. He knows that his master will not sleep another night. Tamaran is dying.


“Norberto,” speaks Tamaran.
“Yes, Sir?” Norberto gracefully replies.
“As you know, I am dying-”
“Don’t say that, Sir,” Norberto interrupts.
“Nonsense, please don’t play blind with me. You know as well as I do that I don’t have long to live. In the small chest on my desk, you’ll find two letters. The first is to advise all servants and estate caretakers that everyone is to remain living here with their families for as long as they wish after my passing. As you already know, I don’t have any heirs to pass on my estate. Therefore, the second letter contains my will in which I leave you the estate, Norberto.”

“Sir,” Norberto voices in surprise, “I can’t possibly be worthy of this gift.”
“Nonsense, Norberto. You are my best friend and I would be pleased by nothing else.”
“You have been a wonderful master to live with, Sir, I can’t begin to thank you,” says the caregiver.
“It’s me who has been honored by your servitude and companionship,” Tamaran coarsely responded. “Help me sit in bed”.

The caregiver gently helps Tamaran sit against a few pillows. Tamaran takes a sip of his tea and replaces it on his nightstand.

“Norberto, I have something I must confess. It has taken me much reflection to decide to tell you, if anyone, this story.” Tamaran turns himself slightly to face Norberto. “I am not just a dying old man. I’m an old dying dragon and the last my kind.”

Tamaran looks Norberto in the eyes for his reaction. However, Norberto shows nothing but curiosity, like someone waiting for the end of a joke. “What do you mean you’re a dragon, Sir?” he asks after several moments.

“Norberto, I know this must be difficult to believe, but I can’t have our truth die with me. Someone must remember us.”

Tamaran takes a slow, deep breath. “I am much older than you believe. I am almost three thousand years old. Until I hired you, I always changed caregivers and servants every decade as to hide my true age. You’ve known me longer than any other caregiver, for I have known for several years now that my life essence is leaving me.”

Tamaran takes a moment to rest his lungs and take another sip of tea. All the while, Norberto looks somewhat apprehensively at Tamaran. He thinks his master has finally lost his coherent grip on reality, but he lets him continue.

“I haven’t been in my dragon form for over a thousand years. Around the first millennium, all dragons were feared because of a few mischievous dragons. Men killed most of the evil dragons and started exterminating all dragons. All remaining good dragons decided to hide in human form to avoid extinction. Most of us grew accustomed to such a life and decided it was best to remain human. Alas, I am the last remaining dragon living on earth. When I die, we will truly vanish.”

Tamaran sees that Norberto doesn’t truly believe his story. He pleads, “Norberto, I wanted to tell you so that our story would not be forgotten. I have to believe that someone would be left to remember our legendary existence.”

The caregiver comforts Tamaran by putting a hand on his arm. “It’s alright, Sir. I will remember you,” states Norberto. “You don’t have to worry, everything will be alright.”

Tamaran slowly sighs. He takes another sip of tea and rests his head on his pillow. He sees Norberto return to his chair at the desk in the corner of the room. His story telling having left him somewhat fatigued, he closes his eyes in thought.

Norberto sits at the desk. He’s not sure what to think of the story he’s just heard. His logical conclusions bring him to assume the tale to be an old man’s way of trying to leave some kind of legacy. Although Tamaran has led an honorable life, it has been a simple one. He has had neither wife nor children, which Norberto knows of, and perhaps he feels that such an incredible tale would help people remember him. Or perhaps his mental state has caught up with his age.

“Norberto,” Tamaran murmurs from across the room.
“Yes, Sir?”
“Could you please take me out in the courtyard for one last stroll?”
“Yes, Sir. It would be my pleasure, Sir,” replies Norberto as he gets up from the desk.

Norberto brings the rolling chair from across the room. He pulls Tamaran to the side of the bed and helps him descend in the chair. After covering Tamaran’s lower body with a bed sheet, they leave the room. Since Tamaran has had difficulty walking, he moved his master bedroom to the first floor for easier access for strolls in the gardens.

Norberto takes his master through a lengthy tour of the gardens. Hours upon hours have been spent tending to the wonderful natural beauty of his land. Finally, they come to a stop in the center courtyard.

After several minutes of admiring in silence, Tamaran begins to get up from his chair.

“Sir, I don’t think it’s wise,” Norberto says as he lays a hand on Tamaran’s shoulder.
“Norberto, let a dying man have one last stroll,” which sounded more like an order than a request.
“Very well, Sir. I’ll be standing ready by the chair as soon as you need my help.”

Tamaran painfully gets out of his chair. It has been a while since he’s walked even the shortest distance. His pace is slow but determined. All the while, Norberto waits on the tip of his toes to go tend to his master. Tamaran slowly reaches the center of the courtyard and kneels to the ground.

The caregiver decides to get near his master when he is deafened by a shrill scream and blinded by a blast of bright light. When Norberto finally manages to focus his eyes, he sees a beautiful golden dragon in the middle of the courtyard. The caregiver opens his mouth in awe. The dragon’s skin is gold like the radiant sun. A tear falls from the caregiver’s cheek; he is overwhelmed with wonderment. In a blast of sparkling light, the dragon explodes and disappears from sight. The caregiver falls to his knees, crying from the pit of his soul.

Tamaran Noble, the last of the dragons, has died.

Email ThisBlogThis!Share to TwitterShare to FacebookShare to Pinterest
Labels: story

Magic Ball logo (c) Marc Noël 2016
I may not post as often as I used to so feel free to browse my past collection with the links below.